In the midst of all this technical content, we wanted to carve out a small space to show our appreciation for our local area. Specifically, we want to take you to the small church located just a few hundred metres from our company. 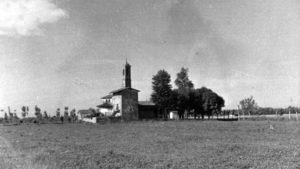 A few decades ago, between Verdellino and Ciserano, immersed in the idyllic peace of the fields, there lay an ancient sanctuary known as the Madonna dell’Olmo, and it was very dear to the Verdello people. This wonderful little church, rustic but precious, was sealed away like a gem in a green chest of ancient trees. The ancient church building, the elegant bell tower, the rustic sacristy, the small caretaker’s house, the cool well, and the colossal elm in the centre of the churchyard, all enclosed by a low wall, created a refuge for travellers lost in the immense Po Valley and a meeting place for local farmers, who could rest in the shade of the plants surrounding the building after a long day of work.

The story of the sanctuary began in the early fourteenth century, when the Madonna appeared to a hunter among the elm leaves. Built the will of the faithful, the sanctuary was decorated with many frescoes, the oldest of which was painted in 1408. This ancient place saw worshippers rush to the feet of the Madonna to pray during the various plagues that swept our land, such as the plague of 1526-1527 during the war against the Spanish, the plague of 1576-1577 caused by a terrible famine, the famous bubonic plague of 1630 described by Manzoni, and finally the cholera pandemic of 1830. The Madonna dell’Olmo held a great power over the local people, and many believers would travel to the sanctuary to ask the Heavenly Mother to protect or heal them from disease. 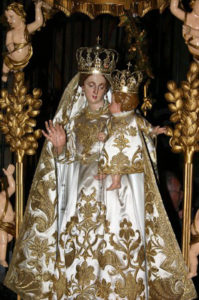 As they returned to their homes, they felt that their prayers had truly been heard. Visiting the sanctuary today, you can see the remains of many votive offerings, from the ancient and contemporary paintings to the completely frescoed walls of Saints and Madonnas.

Jumping forward through the centuries to the 1960s, when the urban area of Zingonia was born, the land around Boltiere, Ciserano, Osio Sotto, Verdellino and Verdello underwent significant industrial development, facilitated by tax exemptions and simplified bureaucratic processes. These measures encouraged the construction of warehouses and factories without paying any attention to the land, in the name of an economic recovery that would bring work and wealth.

This monument to sacred art, surrounded by some remnants of the plants, has been surrounded by a series of sheds that hide and degrade it, making it look like an ancient and precious piece of furniture in a messy modern house. 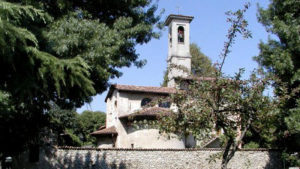 The ancient elm still stands where it always stood, surrounded by a square iron railing, a symbol of eternity, but when we walk through the stone courtyard or under the portico of the churchyard, it somehow feels out of place. Even if our eyes grow accustomed used to the roofs of the sheds, the grey walls and the steel chimneys, and our ears forget the noise of the machines in action, something has been lost to time.

Our world is still plagued by tragedies such as poverty, hunger, war, migration, pollution, inequality, injustice, organised crime, and fundamentalism. We turn to the Heavenly Mother to pray for a more just world, striving to bring our Christian ethics into the workplace and rediscover what it really means to be faithful.

After all, faith plays a vital role in every employment contract—as well as corporate, school, sports, religious and political settings—helping us to establish rewarding relationships with our associates. To achieve quality results, society’s concept of work must evolve, shifting the focus from mere services to real human connections. 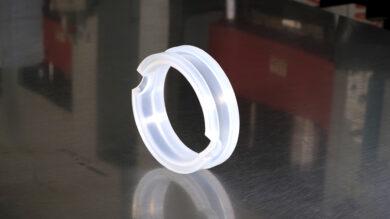 As outlined in this study, silicone rubber has a range of impressive qualities for innovative uses… 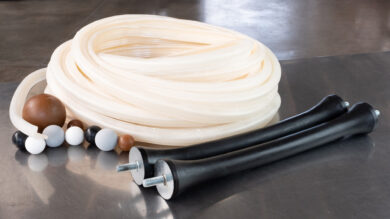 Screening refers the process of separating solids according to particle size. To separate coarser materials…

Photo overview of the items we have been working on and completed since January 2019. This page is updated regularly…

You can find out more about which cookies we are using or switch them off in settings.

This website uses cookies so that we can provide you with the best user experience possible. Cookie information is stored in your browser and performs functions such as recognising you when you return to our website and helping our team to understand which sections of the website you find most interesting and useful.

Strictly Necessary Cookie should be enabled at all times so that we can save your preferences for cookie settings.

If you disable this cookie, we will not be able to save your preferences. This means that every time you visit this website you will need to enable or disable cookies again.

This website uses Google Analytics to collect anonymous information such as the number of visitors to the site, and the most popular pages.

Please enable Strictly Necessary Cookies first so that we can save your preferences!